Explore Look at the text. Then answer the questions below. a Where can you find this kind of text? In a magazine. On the internet. b Whats the title of the text? C Whois the author? Co TEEN home store videos media contacts 0.Comment Tallia Storm *Become a fan Dop star from Sootland The day that changed my life Aosted 08/01/2013 (0.33 ส.1. | Updated 10/03/2013 5 12 6.m. 7th January is a very special day for two reasons. First, it's the birthday of my amazing nanny (were not alowed to call her granny: she hates that), She's 79 years young Second, a year ago, I acted very impulsively. But what did changed my world. | was on holiday in Hawai with my parents and grandparents. In our hotel, my dad had seen Sir Elton John in the lift, and despite loitering in the hotel lobby like a stalker for 24 hours, I didn't see him! The next morning, I spotted his husband, David Furnish, sitting on the other side of the restaurant with Some friends, having breakfast. This was it, I thought. I'Il never forget what my mum said when I asked what she thought of me approaching him with a CD and letter to pass on to Sir Elton. "Well, if you don't ask, you don't get, Tallia." His reaction was amazing and he was so nice. He asked all about my music, what style | sang, where | was from, and he promised to pass it on. Done - that was it. I could do no more (6) We left the hotel and flew home via San Francisco. We were going through security and my phone rang. It was the call that changed my world. Sir Elton John invited me to open his concert in Scotland on 10th June 2012, and told me he thought had one of the best Soul voices he had heard in years! So there you have it. 7th January is a day of blessings; it's a new year for me, it's my nanny's birthday. and it's the day my world changed. Look at the text again and choose the correct options. a The text is O a blog entry. (O an email. b The answer above can be supported by the following: O It shows when it was updated. () Its addressed to one person in particuls O) It has an author. People can leave comments on it. (O Its part of a conversation. The language used is informal. O) Its more similar to an online diary than to a magazine article. ) Its commonly used to express opinio and personal views. C The text is about Othe future. the past. () the present. เESSON 2

L2 3 Read the text again and find: a [Wo reasons why 7th January is a very special day for Tallia. b where Tallia was on holiday. C which famous singer was at the hotel. d what Tallia wanted to give him. e why that day changed her life. 4 Complete the timeline below with the events that happened before Tallia's first concert. First, Tallia's dad saw Elton John at their hotel. She approached She received Finally, she sang at the Concert. Then, Tallia saพ invited her After that, Tallia lew back home. 5 Discuss. a What do you think about Tallias attitude? Is it important to take opportunities when they appear? Why? b Do you think Tallia was lucky? Why? C Tallia only got a chance because she had a CD to give away. What does this tell us? 6 Blogs are usually interactive. They allow visitors to leave comments. Write a comment in response to Tallia's blog entry. COMMENTS YOU said REPLY JULIO said. 08/02/2013 at 09.45 a.m. Starting a career in the music industry with the blessing of Sir Elton John is awesome! Wishing you all the best. REPLY 08/01/2013 at 07:00 p.m. MAIRA@TKM Said. You deserved a chancel And I believe you got it because you worked hard. Congrats! Answer the questions. Then share your answers with a classmate. a Tallia Says her nanny is "79 years young" What does she mean by that? b Do you think a 79-year-old person can be "young"? Explain. C Do you usually take the opportunities you have? Give examples of your own experience. o ๆ 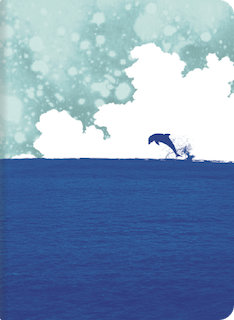